I’ll get into my qualifications shortly, but first let me tell you why I do what I do.

Since I can remember, I’ve felt called to “greatness” – like I was meant to make a massive impact on the world. In kindergarten, I was assigned to add crayon-color to a Pinocchio outline. I colored my heart out. I used every color, and colored outside the lines more than in, but I thought this crayon-colored-Pinocchio was a masterpiece. My teacher took a look at my work of art, and scribbled on the paper, “You can do better, Derek.” I RAN home to my mom, shoved the drawing in her hands, and exclaimed, “Look Mom! My teacher says I can do better! I can do better than my WHOLE class!” I believed in myself! I would be GREAT!

I spent a lot of my life looking for that thing that would propel me into that greatness. Would I be the next Steve Jobs? A military general officer? Maverick from Top Gun? Looking back, it’s funny that I wanted to be the “next” big thing instead of just becoming the best version of me.

I tried a few different majors in college then decided to join the US Air Force as an officer. It was there that I found passion in the art of leadership, personal development, and developing others.

I was a driven perfectionist and was largely rewarded for those traits. The Air Force provided me many incredible opportunities, and at times, I was literally part of history. I’ve briefed the President, the Secretary of Defense, Service Secretaries and Chiefs, and hundreds of other general officers and senior civilians. I developed a reputation for integrity, poise, and diplomacy under pressure. I earned many awards, received glowing evaluations, and spent 13 years being a “High Achiever” in the Air Force.

Despite the accolades and the satisfaction of serving my country, I was largely unfulfilled.

I was frustrated that although I was “successful” and great at what I did, I was unhappy. I had let external sources define what success was. I felt like a different person at work than I was at home. That bothered me.

After my time in the service, I became resolute in becoming authentic so that I could be the same person, no matter where I was and who I was with. I did some heavy lifting with what I valued, who I chose to be as a leader, and years (yes, years) later I was open enough to really begin the work. The key was being open to receiving.

I thought my gifts of listening, discernment, and empathy were leading me to a career as a marriage and family therapist. I embarked on that journey and quickly found that although I loved a lot about that career option, it wasn’t for me. Something was still missing. That sense of greatness still called.

One of my mentors introduced me to coaching. As I dove in, I had an epiphany, the greatness I had been searching for was not about ME, it was about using my gifts to elevate others. To SERVE.

I hired a coach, and I began to transform into a balanced man, full of joy. I hired another coach, discovered my true gifts, and began honing them. I learned that the stories I had told myself or believed from others, were in fact just stories. I removed those limitations and created peace, clarity, and a sense of balance I hadn’t had since being a care-free child.

My true gift is in really tuning in to my clients with the sole intention to serve them, to help people awaken into happiness and fulfillment that is already available.

Hiring coaches helped me create the best life I can imagine. It can for you, too, if you’re ready to put in the work. 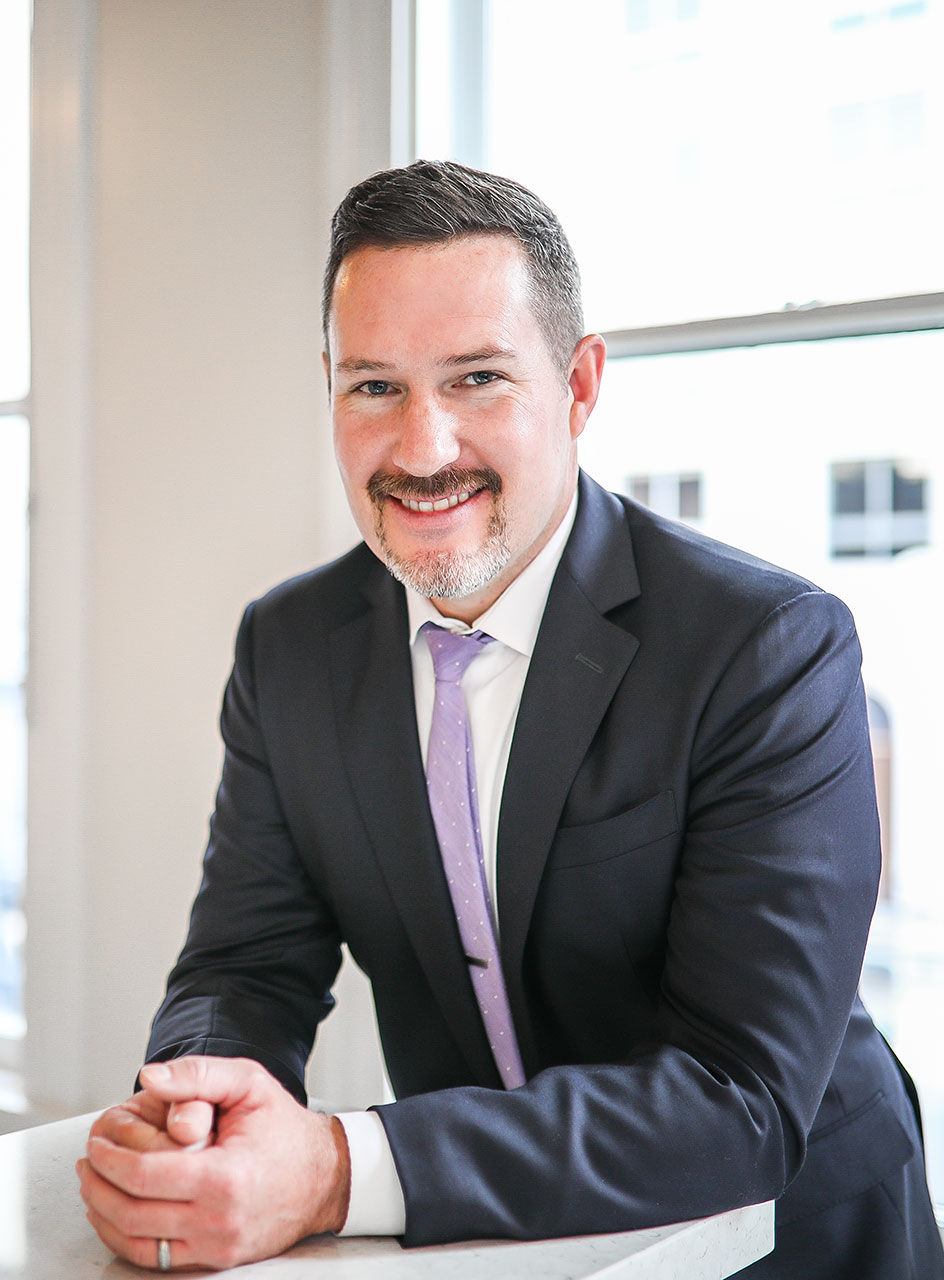 I grew up in small-town Wyoming (Go Pokes!). It was there that I learned the value of one’s word and that a handshake deal can be just as solid as a contract. The mountains still call my name even though I’m a “city” guy now. I feel most at home listening to the snow crunch under my feet or taking a hike in the cool mountain air.

Basketball became an obsession in high school. I was pretty sure I was going to play Division 1 ball and make it to the NBA. But, as Steinbeck wrote, “The best laid plans of mice and men often go awry.” I simply wasn’t good enough!

If you mention the word “motorcycle,” you’ll get my undivided attention. Riding gives me a wonderful sense of freedom and clarity. I used to ride nearly every day, but now I spend most of my free time trying to keep up with my two small children. I still sneak in a basketball game on tv when the Mickey Mouse Clubhouse isn’t on.

Learn more about me & my qualifications.

If you’re reading this, then you’re wondering, “What’s so special about this guy? How can he help me?” The answers to those questions are not found in a degree or a certificate. They reside in the experience of a conversation with me.

Music and books… I can’t get enough! From Metallica to Mozart, Garth Brooks to Green Day, and a lot of 90s rap. Pandora doesn’t know what to do with me. The music is always on. And my bookshelves are overflowing.

I’ve always been the counselor and the confidant, the one people come to for advice, or for a non-judgmental ear. I took that for granted in my capricious youth. Little did I know that it would be the spark that would create a wonderfully-raging fire that is my current profession.

Playing basketball has given way to yoga and cycling. 90s rap has moved over for Twinkle Twinkle Little Star (except when I’m alone in the car). I’ve found great peace and clarity in this chapter of my life. I am grateful for my life of ups and downs, victories and defeats, and that I am able to provide a powerful service to those I serve as “Coach DK.”